Have you ever looked at a map of the world? 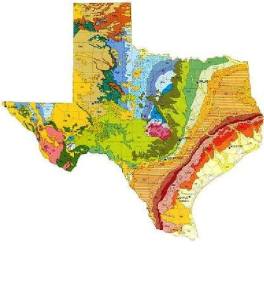 Look at Texas with me just for a second. That picture, with the Panhandle and the Gulf Coast, and the Red River and the Rio Grande is as much a part of you as anything ever will be. As soon as anyone anywhere in the world looks at it, they know what it is. It’s Texas. Pick any kid off the street in Japan and draw him a picture of Texas in the dirt, and he’ll know what it is. What happens if I show you a picture of any other state? You might get it maybe after a second or two, but who else would? And even if you do, does it ever stir any feelings in you? In every man, woman and child on this planet, there is a person who wishes just once he could be a real live Texan and get up on a horse or ride off in a pickup. There is a little bit of Texas in everyone.

Texas is the Alamo. Texas is 183 men standing in a church, facing thousands of Mexican nationals, fighting for freedom, who had the chance to walk out and save themselves, but stayed instead to fight and die for the cause of freedom.

We send our kids to schools named William B. Travis and James Bowie and Davy Crockett, and do you know why? Because those men saw a line in the sand, and they decided to cross it and be heroes.

John Wayne paid to do the movie The Alamo himself. That is the Spirit of Texas.

Texas is breathtaking mountains in the Big Bend.
Texas is the unparalleled beauty of bluebonnet fields in the Texas Hill Country.
Texas is floating the rivers of the Hill Country on a hot summer day.
Texas is the beautiful, warm beaches of the Gulf Coast of South Texas.
Texas is beaches you can drive on and have many memorable bonfires with close friends.
Texas is that warm feeling you get when someone asks where you’re from.
Texas is the shiny skyscrapers in Houston and Dallas.
Texas is world record bass from places like Lake Fork.
Texas is Mexican foods like nowhere else, not even Mexico.
Texas is chicken fried steak and world-famous Bar-B-Q.

Texas is a place where towns and cities shut down to watch the local high school football game on Friday nights and for the Cowboys on Monday Night Football at the new Cowboy Stadium, and for the Night In Old San Antonio River Parade in San Antonio.

To drive across Texas is to drive 1/3 the way across the United States. Texas has ocean beaches, deserts, lakes and rivers, mountains and prairies, and modern cities.

If it isn’t already in Texas, we probably don’t need it. No one does anything bigger or better than it’s done in Texas. By federal law, Texas is the only state in the U.S. That can fly its flag at the same height as the U.S. Flag. Think about that for a second. You fly the Stars and Stripes at 20 feet in Maryland, California, or Maine, and your state flag, whatever it is, goes at 17 feet. You fly the Stars and Stripes in front of Klein Oak High or anyplace else at 20 feet, the Lone Star flies at the same height – 20 feet. You know why? Because it’s the only state that was a Republic before it became a state.

Also, being a Texan is as high as being an American down here. Our capital is the only one in the country that is taller than the capitol building in Washington, DC. And we can divide our state into five states at any time if we wanted to! We can become a republic again at any time the voters of Texas choose, and we included these things as part of the deal when we came on.

That’s the best part, right there. Texas even has its own power grid!! And don’t even lie to yourself. Did I mention the LIVE music capitol of the world? If you are a REAL TEXAN, you won’t even need to be told to pass this on..! GOD BLESS TEXAS