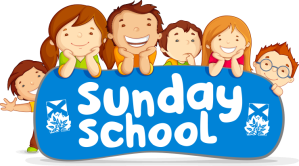 Two boys were walking home from Sunday school after hearing a strong preaching on the devil. One said to the other, ‘What do you think about all this Satan stuff?’

Attending a wedding for the first time, a little girl whispered to her mother, ‘Why is the bride dressed in white?” The mother replied, ‘Because white is the color of happiness, and today is the happiest day of her life.’

Three boys are in the school yard bragging about their fathers.

The first boy says, ‘My Dad scribbles a few words on a piece of paper, he calls it a poem, they give him $50.’

The second boy says, ‘That’s nothing. My Dad scribbles a few words on piece of paper, he calls it a song, they give him $100.’

An elderly woman died last month. Having never married, she requested no male pallbearers. In her handwritten instructions for her memorial service, she wrote, ‘They wouldn’t take me out while I was alive, I don’t want them to take me out when I’m dead.’
~~~~~~~~~~~~

A police recruit was asked during the exam, ‘What would you do if you had to arrest your own mother?’

A Sunday School teacher asked her class why Joseph and Mary took Jesus with them to Jerusalem..

A Sunday school teacher was discussing the Ten Commandments with her five and six year olds. After explaining the commandment to ‘Honor thy father and thy mother,’ she asked, ‘Is there a commandment that teaches us how to treat our brothers and sisters?’

At Sunday School they were teaching how God created everything, including human beings. Little Johnny seemed especially intent when they told him how Eve was created out of one of Adam’s ribs.

Later in the week his mother noticed him lying down as though he were ill, and she said, ‘Johnny, what is the matter?’ Little Johnny responded, ‘I have pain in my side. I think I’m going to have a wife.’
~~~~~~~~~~~~

You don’t stop laughing because you grow old. You grow old because you stop laughing! Take heed and pass these along to people who need a laugh. I thought you would enjoy this….times are tough right now…for all of us…so we need something to make the day a happy place.

“They” haven’t found a way to tax you for laughing yet!!